1973 Porsche 911 ST Tribute built on a 1973 911S. A no expense spared build of a 911 ST that was based on a 1973 Porsche 911 S. This car has raced at Goodwood and is FIA/MSA certified until 2028.  It was classified as a Competition GT Car and is eligible for Historic Events on BOTH sides of the Atlantic. It has a current Historic Technical Passport approved by the Motor Sports Association ( MSA ).

The Porsche 911 is inextricably linked with motorsport, from the moment they were introduced in 1964 they found their way to tracks, rallies and circuits around the world where they soon started to dominate.  This lead to a huge growth in production parts for these early cars and while the Carrera 2.7 RS and its racing program are well known, some however, may be less familiar with its influential predecessor, the 911 ST.

In 1970, the FIA allowed significant changes to production-based sports cars GTs. Porsche’s competition manager, Rico Steinemann, realised that homologating the new 911 S at a low weight would be a huge advantage so to do this, Porsche produced a stripped-down 911 S coupe with lightweight features.  No two cars were exactly alike, but most wore wider wheel arches at the back (some at the front) and were given a slight increase in engine capacity to 2247cc –  with later cars using a fuel injected 2.5 litre engine putting out an impressive 270bhp. Thin-gauge sheet metal was used to help reduce overall weight, and a fiberglass hood and engine lids were often installed.  Other weight saving features including a lack of undercoating and soundproofing materials.  These changes gave the S/T a much sportier look and even standing still it looked to be going fast!

Perhaps the reason the S/T model is not so widely known is because most of the cars were not built from scratch at the factory but were sold as conversion kits for customers to convert their own cars.  So you would go a buy your 911S and then subsequently have the Porsche Competition Department convert it into homologation S/T specification.  In total only 24 cars were made and obviously this sort of rarity along with their excellent racing pedigree has lead to exceptionally high prices meaning that few are now driven as they were intended and they now end up more often on a concours lawns rather than a starting grid.

It was for this reason that this wonderful car here comes into existence.  A well know historic Porsche collector / driver and owner of an original S/T realised that he was not going to use his pride and joy as it was intended, so in 2006 he commissioned an exacting copy to be made.  As per the original cars, he sourced a German home market 1973, 911 2.4S and instructed the Porsche Specialist Auto Knoll of Germany to do the conversion.  Specialists, Supertec Performance, built a new engine.  The specification of the new engine is full documented with an output of 315bhp on the dyno!

The car enjoyed several years of use before the car was sold to the next lucky owner in 2013 who had respected Porsche specialist, Prill Porsche, do a 2 year, strip-down, refresh and overhaul in 2014/15.  Extensive invoicing and photos on file show the dedication and detail gone to, in order to make sure the exacting standards were continued which suffice to say was not cheap at $130,000, but the car is outstanding.

The car remains in wonderful condition throughout and drives superbly.  It comes with its recently issued FIA Historic Technical Passport, which is valid until 2028, this gives eligibility to a fantastic range of historic events in which the Porsche would be extremely competitive.  It comes complete with an extensive history file. 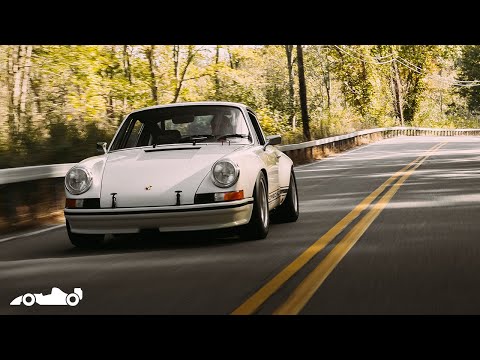