This C2S is powered by a naturally aspirated 3.6 L flat-six engine which is rated at 282 HP and 250 lb.-ft of torque.  The rear wheels are driven by way of a 6-speed manual transmission providing for a 0-60 time of approximately 5 seconds.

The last of the air cooled Porsche cars, the 993 C2S is among the most coveted of all Porsche cars. It’s limited production only added to the demand of this iconic sports car.

The rear-wheel drive Carrera S variant was launched in 1997 featuring the iconic widened bodywork of the 911 Turbo.  Reported to be one of only 759 U.S. market examples produced for 1997, this Carrera 2S is now being offered for sale having been owned by only 3 lucky caretakers previously.

The features that separate this 993 Carrera S from the rest are the widened fenders of the Turbo model along with a unique split-grille rear decklid, highly desirable 18” factory hollow-spoke Technology wheels are fitted with Pirelli P-Zero tires, an 8-way power operated driver’s seat, electric sun roof, Motor Sound Package and much more.

The sale of this 993 will include a set of two keys, the original books and tools, and a Porsche Certificate of Authenticity.  This highly collectible 993 Carrera 2S makes an excellent choice for any passionate air-cooled enthusiast, do let this increasingly rare opportunity pass you by. 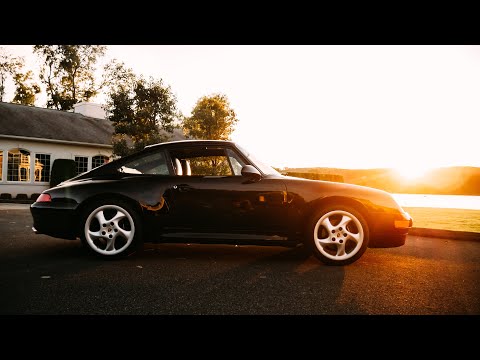